MORGANTOWN, W.Va. (August 26, 2022) – The penultimate round of the 50th Anniversary of the Lucas Oil Pro Motocross Championship, sanctioned by AMA Pro Racing, will see the dramatic title fights in both the 450 Class and 250 Class move one step closer to completion this Saturday, August 27, with the series’ annual visit to the greater Indianapolis area and Crawfordsville, Indiana’s Ironman Raceway. Tensions will be high at the Tucker Freight Lines Ironman National, where the dynamic track layout at Ironman will play a crucial role in the outcome of each respective championship. Coverage of the 11th round of the 2022 season will be showcased live on both MAVTV Motorsports Network and “MAVTV on FloRacing”, beginning with morning Fast Lap Qualifying before giving way to four consecutive hours of moto coverage featuring the 250 Class and 450 Class.

Preparing for his third round of duty as All-Star Analyst, six-time AMA National Champion Broc Glover is quickly becoming a veteran in the broadcast booth as he prepares to once again team up with host and lead commentator Jason Weigandt to bring viewers in-depth analysis into the action on the track. The same commitment to his craft that made Glover one of the sport’s biggest stars in the late 1970’s and early 1980’s has also allowed “The Golden Boy” to make a seamless transition into the broadcast booth, where his decades of connection with the sport brings a natural savvy and awareness to what’s happening on the track. Moreover, his many years as Senior Manager, Motorcycle Off-Road, at Dunlop Tire has allowed Glover to establish personal connections with many of the athletes on the starting gate, which lends itself to unique insights into the competitors as they battle one another and the track over the course of the afternoon. With the second-most championships in the history of American motocross and 35 total victories during his decorated career, Glover’s credentials speak for themselves and have made him a tremendous asset to the broadcasts, where his contributions have been well received by the industry and its passionate fanbase. 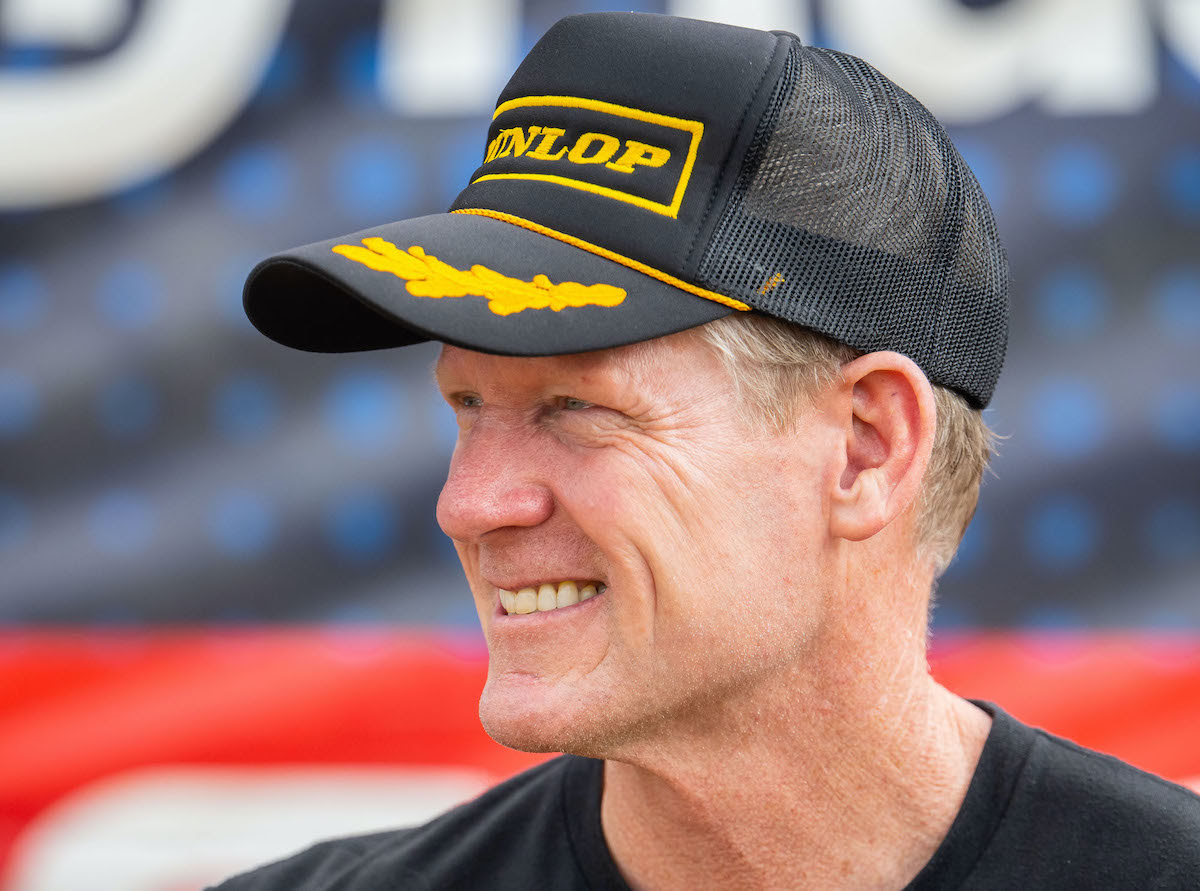 "The Golden Boy" Broc Glover will make his third appearancein the broadcast booth as All-Star Analyst for the Ironman National.
Photo: Align Media

Domestic coverage of the Tucker Freight Lines Ironman National in the United States will be highlighted by exclusive live network coverage on MAVTV Motorsports Network. Fast Lap Qualifying will open race day at 7 a.m. PT / 10 a.m. ET, followed by broadcasts of both motos for the 250 Class and 450 Class, beginning at 10 a.m. PT / 1 p.m. ET. Additionally, live streaming coverage will be available to mobile viewers in both the U.S. and in countries all over the world, with Fast Lap Qualifying and all four motos showcased on “MAVTV on FloRacing.” 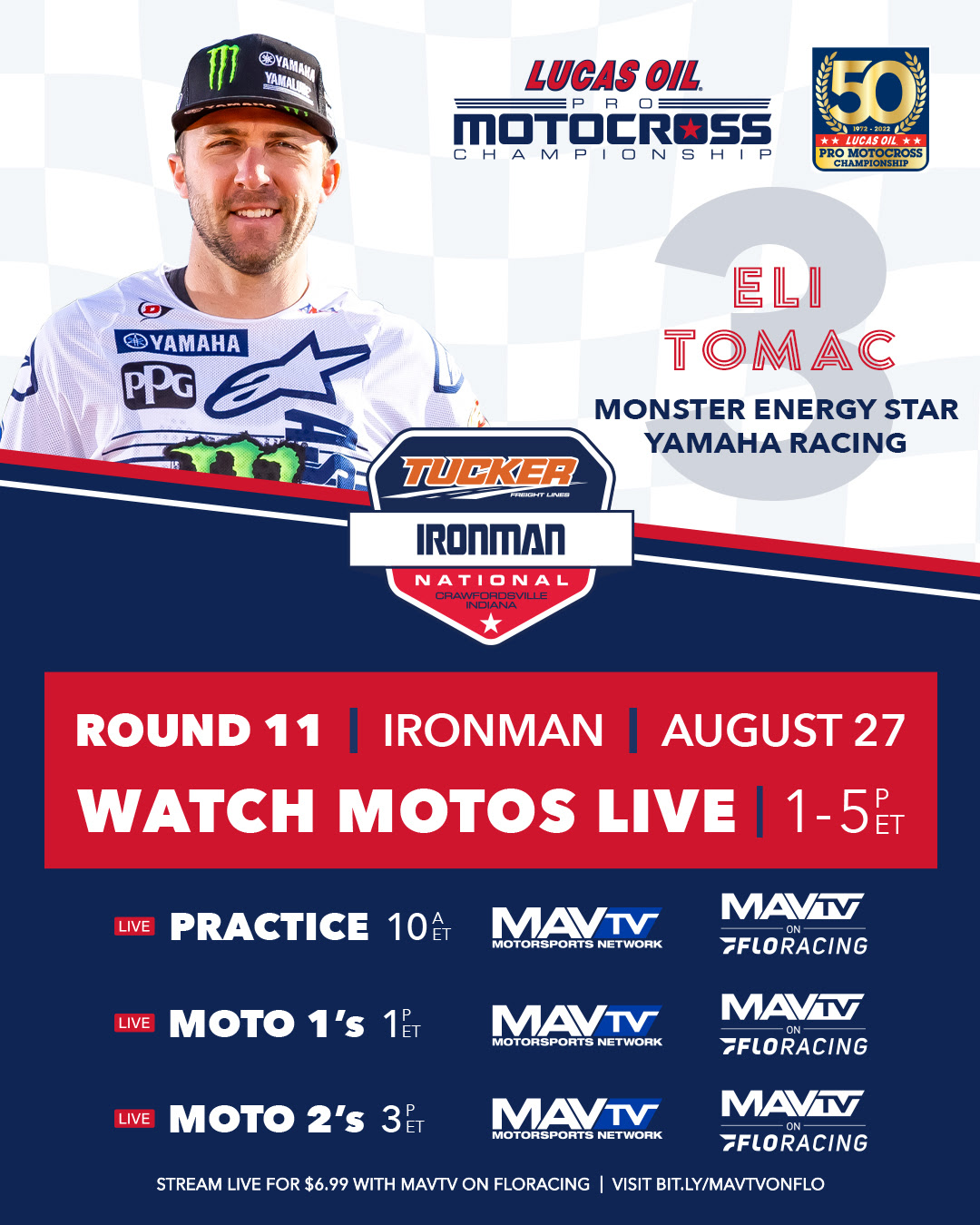 Domestic television coverage from Ironman will feature live broadcasts of all the on-track action for both the 250 Class and 450 Class on MAVTV Motorsports Network.

In addition to network coverage, fans in the U.S. and in countries around the world can stream all the action from Ironman online through their smart TV, streaming device, or mobile device by subscribing to “MAVTV on FloRacing,” which is available to Pro Motocross fans for $6.99 a month.