MX Sports Pro Racing has announced that Lucas Oil Products, Inc., will embark on its 13th season as title sponsor of the Lucas Oil Pro Motocross Championship, sanctioned by AMA Pro Racing. Additionally, the American-based manufacturer and distributor of high-performance automotive oils and additives will serve as the “Official Oil and Lubricant” of the world’s most prestigious off-road motorcycle racing series, which will begin the 2021 season on Saturday, May 29, from Fox Raceway in Pala, California.

With a long and storied history supporting the American racing industry through vehicle sponsorships and event promotions at all levels of motorsport, Lucas Oil has become one of the most recognizable brands within the greater powersports industry through its commitment to Pro Motocross. In partnership with MX Sports Pro Racing, Lucas Oil helped usher in a new era of American Motocross beginning with the 2009 season and has remained the championship’s most ardent supporter ever since. 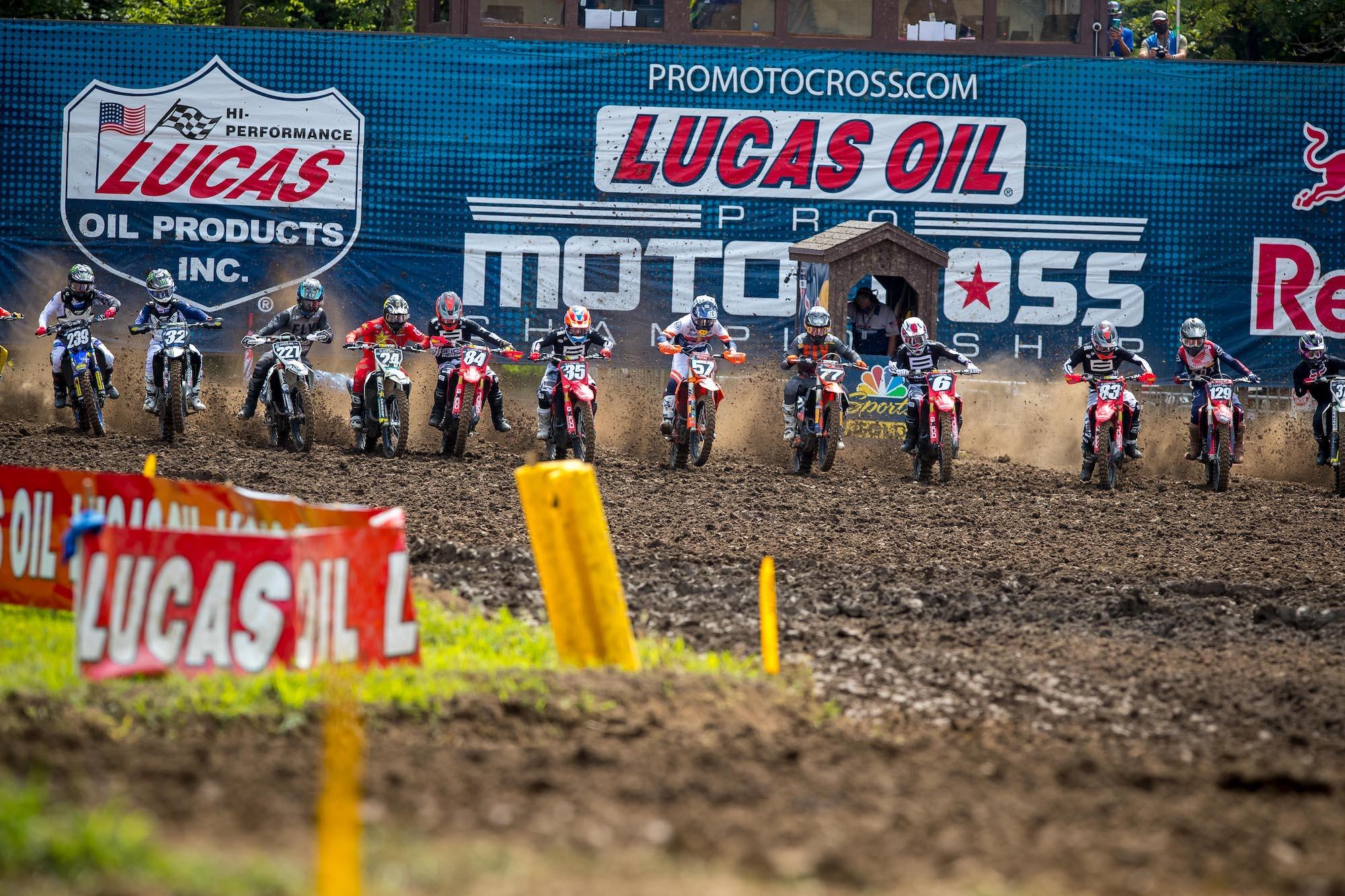 Lucas Oil Production Studios will help bring the action to the passionate motocross audience, with extensive live broadcasts on MAVTV and NBC Sports, plus live streaming via Peacock.
Align Media

One of Lucas Oil’s most significant contributions to the championship during its tenure has been the elevation of Pro Motocross’ broadcast presence. Thanks to its dedicated production team, Lucas Oil Production Studios has continued to enhance the viewership experience of American motocross, which has put the Lucas Oil Pro Motocross Championship at the forefront of motorsports telecasts around the world. Moreover, thanks to Lucas Oil’s 24/7 motorsports network, MAVTV, and the series’ partnership with NBC Sports, Pro Motocross has become more accessible to its domestic audience than ever before, with an extensive schedule of live network broadcasts complemented by live, commercial-free online streaming.

“The growth and prominence the sport of American motocross has enjoyed over the past decade can be directly attributed to the unwavering commitment from Lucas Oil,” said MX Sports Managing Director, Roy Janson. “Their influence on the prominence of this championship, particularly as it pertains to the vital broadcast component of hosting a world-class championship, cannot be understated. The legacy Lucas Oil has built through its support of motorsports of all kinds is unparalleled and Pro Motocross is privileged to be a part of it. We are fortunate to have such a dedicated partner who is equally as passionate about amplifying the sport, its athletes, and its loyal fanbase.” 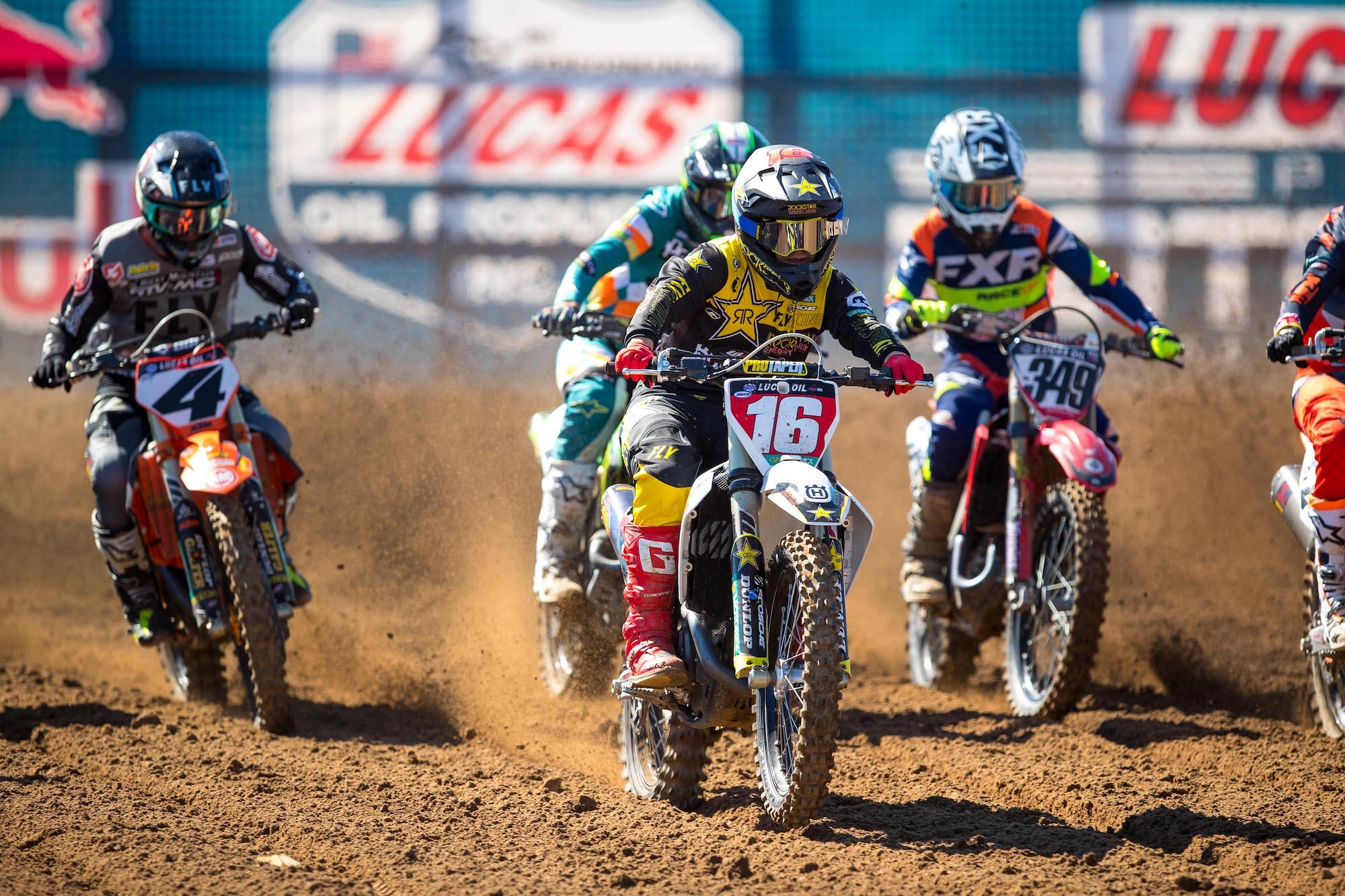 Founded in 1989 in Corona, California, by Forrest and Charlotte Lucas, Lucas Oil Products was created with the simple philosophy of producing only the best line of lubricants and additives available anywhere. Today, it encompasses the most diversified range of segments in the automotive, powersports, marine, industrial, outdoor, and motorsports marketplaces, many of which were created by Forrest Lucas himself. In total, the company boasts more than 300 premium oil products, which is the largest variety of shelf products of any oil company in the United States, and features a distribution network that includes 48 different countries.

“Lucas Oil is a brand built on passion and Pro Motocross personifies that dedication, from the die-hard fans hugging the fence lines to the willingness of the riders to put it all on the line over the course of 24 intense motos,” said Melissa Wonser, Vice President of Marketing, Lucas Oil. “They say that this is arguably the toughest championship to win in all of motorsports, and given the challenges these athletes face from one weekend to the next it’s easy to see why. The captivating nature of Pro Motocross helps set it apart from most any other competition, and it’s why Lucas Oil’s commitment to the sport has remained steadfast for well over a decade, always looking to bring more attention to this storied discipline.”

The 2021 Lucas Oil Pro Motocross Championship will once again consist of a 12-round season to crown a pair of AMA National Champions across two classes of competition. In the 450 Class, the world’s highest profile riders will look to capture the Edison Dye Cup, where Rockstar Energy Husqvarna Factory Racing’s Zach Osborne serves as defending champion. In the 250 Class, a wide open field of both young and experienced talent will converge to pursue the vacant Gary Jones Cup. The season kicks off on Memorial Day Weekend, Saturday, May 29, with the Fox Raceway National I from Southern California’s Fox Raceway.

May 9, 2022
Once-in-a-Lifetime Opportunity Presented to SCSCS Competitors the Weekend of August 6th as Part of North Wilkesboro Speedway’s Racetrack Revival